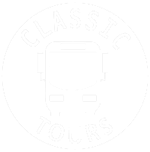 Today board your overnight flight to Europe.

Arrive in Malta, meet your Tour Director and transfer to your hotel for a three night stay. Malta is a year-round Mediterranean destination known for its historic sites, beaches, hospitality and being a neighbor to Sicily. Tonight enjoy a Welcome Dinner with your fellow travelers. (D)

Today enjoy a Valletta City Tour, the Maltese capital city dates to the 16th century when it was founded by the Order of the Knights of St. John. Visit the Cathedral of St. John and the Palace of the Grand Masters. Later take a Harbor Cruise of the two natural harbors surrounding the city of Valletta. During the cruise, Malta’s rich history will unfold from the occupation of the Knights of St. John to World War II. Later arrive in Mdina, the “Silent City,” which dates to the 9th century. Founded by the Arabs, Mdina was once the capital city of Malta. Later return to your hotel and enjoy the evening at leisure. (B)

Today travel to the southern part of the island to witness some of the prehistory of Malta. The first stop is Marsaxlokk, perhaps the most picturesque fishing village in all of Malta. The decoration and form of the bright multi-colored fishing boats which fill the harbor can be traced back to the age of the Phoenicians. Later visit the underground cave of Ghar Dalam (“The Cave of Darkness”) which served as the abode of the first Neolithic settlers of these islands about 6,000 years ago. Later visit the Neolithic temples of Hagar Qim which are some of the oldest human-made structures in the world dating to 300 BC . Reminiscent of England’s Stonehenge, the temples are built of limestone rock. Before returning to the Valetta Area, make a photo stop to see the famous Blue Grotto. Enjoy the remainder of the day at leisure to explore Valletta and have dinner on own. (B)

Early this morning take a High Speed Ferry from Malta to Sicily. Upon arrival travel to Siracusa, located on Sicily’s Ionian Coast. Founded in 734 BC and built on an ancient Corinthian Greek settlement your visit includes the Greek Theater & Roman Amphitheater. Later arrive in the Taormina Area for a two night stay and enjoy dinner with your fellow travelers. (B,D)

Taormina, a delightful medieval town is nestled on the slope of Monte Tauro and offers sweeping views of the bays below & Mt. Etna. This morning enjoy a Taormina Walking Tour featuring the spectacular ancient Greek Theatre dating to 3rd century BC, and the popular 13th-century Cathedral. The afternoon is at leisure to enjoy Taormina at your own pace. An optional excursion to Mt. Etna, Europe’s tallest active volcano, will be available. (B)

After breakfast, travel west to Agrigento and visit the Valley of the Temples, a UNESCO World Heritage Site, and one of the largest and most important archaeological sites in the world. Enjoy touring the magnificent ruins of the seven Doric Temples which still maintain their architectural grandeur and tradition. Continue to Sicily’s cultural, economic and touristic capital, Palermo, and check in for a two-night stay. Tonight be sure to sample some wonderful Sicilian cuisine at a local restaurant. (B)

This morning enjoy a Palermo City Tour featuring Piazza Pretoria, Piazza Bellini, the Palermo Cathedral & a visit to the Teatro Massimo. Enjoy the remainder of the day at leisure in this city rich in history, culture, art, music and food. Relax at a cafe, do some shopping and savor a Sicilian lunch. Tonight enjoy a Farewell Dinner with your fellow travelers. (B,D)

This morning transfer to the airport and fly home with wonderful memories of Malta & Sicily. (B)

**Rates are Land only, per person