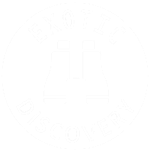 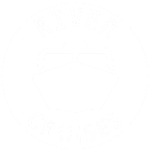 Booking Discounts Savings* UP TO $400 per couple/$200 per person

Your adventure awaits! Depart the USA on your flight to Cairo, Egypt.

Upon arrival meet your Tour Director and transfer to your hotel. Enjoy the remainder of the day at leisure in this remarkable city that offers thousands of years of history as you embark on a journey to tour and view Egypt’s Ancient Wonders.

Today enjoy a tour to the Pyramids of Saqqara, the 5,000-year old necropolis for the ancient capital of Memphis.  See the 40-foot statue of Ramses II and the Step Pyramid, the oldest of them all.  Lunch is included at a local restaurant. Next check off that Bucket list! Travel to Giza where your local Egyptologist will lead you on a guided visit to the Pyramids of Giza, one of the Seven Ancient Wonders of the World and possibly the most famous and talked about structures in history. Marvel in awe at the iconic Great Sphinx located on the west bank of the Nile and one of the oldest and largest monuments in the world that has been the symbol of Egypt for more than 4,000 years. Enjoy a Welcome Dinner tonight. (B,L,D)

Following breakfast, visit the Egyptian Museum of Antiquities to see the extensive collection of Egyptian artifacts covering thousands of years, including the statues, reliefs, sarcophagi and the treasures from the Tomb of Tutankhamen.  After an included lunch, visit the iconic Citadel of Saladin and the Mosque of Muhammad Ali, which comprise the largest fortification in all of the Middle East and North Africa.  Perched majestically at the highest point of the City of Cairo it offers breathtaking panoramic views of the city including the Mosques of Old Cairo and the Pyramids in the distance.  Later in the day travel back to Cairo to visit Khan El Khalili Bazaar, said to be one of the oldest open-air markets in the Middle East. Free time to shop and browse this must-see local market for souvenirs. The evening is at leisure to relax or explore on your own.   (B,L)

Early morning flight to Luxor. Upon arrival, transfer to the river ship, MS Mayfair, for a four-night cruise on the Nile River. Following lunch onboard, you’ll visit the Karnak Temple Complex, a city of temples built over 2,000 years and dedicated to the Theban triad of Amun, Mut, and Khonsu. The immense size of the complex, as well as its various architectural, artistic, and linguistic details make it an invaluable historical site and resource for understanding the evolution of ancient Egypt, and thus its conservation is critical.  This derelict place is still capable of overshadowing many wonders of the modern world and in its hey-day must have been awe-inspiring.  Also visit the Luxor Temple on the site of the ancient city of Thebes and the largest and most significant religious center in ancient Egypt.  Luxor Temple was “the place of the First Occasion,” where the god Amon experienced rebirth during the Pharaoh’s annually reenacted coronation ceremony. (B,L,D)

Today visits the incredible tombs at the Valley of the Kings, the ancient burial ground of many of Egypt’s New Kingdom pharaohs, royal family members and nobles, spanning 500 years.  A truly impressive site! There, you will find Tutankhamen’s tomb which was discovered almost intact in 1922 and the tomb of Ramses IV, among others.

While many of the tombs and chambers in the area were looted by thieves, King Tut’s tomb was intact and brimming with treasures. Jewelry, statues, weapons and the Pharaoh’s chariot, were valuable finds, but the real treasure was the magnificently decorated sarcophagus, with the young king’s remains inside. The walls of the tombs are covered with hieroglyphics. Also visit the Queen Hatshepsut Temple, one of the world’s most striking architectural masterpieces which took fifteen years to complete during her over 20-year reign. A photo stop is made by the giant Colossi of Memnon. Since 1350 BC, these ancient Egyptian statues have loomed over the Theban Necropolis. Though battered by more than 3,000 years of scorching desert sun and sporadic Nile floods, they’ve captivated the imaginations of curious travelers. This afternoon we sail to Edfu, once a flourishing Greek city in ancient times and was commonly known as Apollinopolis Magna, after the chief God Horus-Apollo. Today the city rich with history is a friendly and commercial town. Locals produce sugar from farm-grown sugar cane and decorative pottery. (B,L,D)

Following breakfast, visit the Temple of Horus in Edfu, dedicated to Horus, the falcon- headed god.  It is considered the best preserved temple in Egypt and also the second largest after Karnak. The Temple of Horus seen today is the compilation of 180 years of construction, additions, and inscriptions. In the afternoon, sail to Kom Ombo, a agricultural town and home to many Nubians. Visit the unique Temple of Kom Ombo dedicated to both Horus and the Crocodile God Sobek. The layout combines two temples in one with each side having its own gateways and chapels.  Next sail on to Aswan.  (B,L,D)

Free time this morning in Aswan, a city small enough to walk around and graced with the most beautiful setting on the Nile. Spend the day exploring the souk, full of the scent and color of spices, perfumes, scarves and baskets, or strolling the broad Corniche, watching the sailboats or sitting in a floating restaurant listening to Nubian music and eating freshly caught fish. An optional excursion to the Abu Simbel Temples will be available. This afternoon enjoy a scenic felucca ride to experience the peace and tranquility of the Nile water that has been the lifeblood of Egypt since Pharaonic times. (B,L,D)

This morning disembark the ship for a visit to the Temple of Philae, dedicated to the goddess Isis. It was landscaped to match the original site of the temple when it was relocated by UNESCO after the building of the Aswan Dam threatened the site. The temple has several shrines and sanctuaries.  Philae was one of the last outposts of Egyptian religion, surviving two centuries after the Roman Empire converted to Christianity.  Later visit the Aswan High Dam. When construction began on the High Dam in 1960, it was the most heralded part of President Nasser’s effort to develop Egypt for all Egyptians. The dam is over 360 feet tall and 12,500 feet across. Lunch is included at a local restaurant. Later transfer to the Aswan airport and return to Cairo. Tonight enjoy a Farewell Dinner with your fellow travelers and new-found friends.      (B,L,D)

Today transfer to the Cairo airport and return home with wonderful memories of your Ancient Wonders, Egypt and Nile River Cruise.   (B)